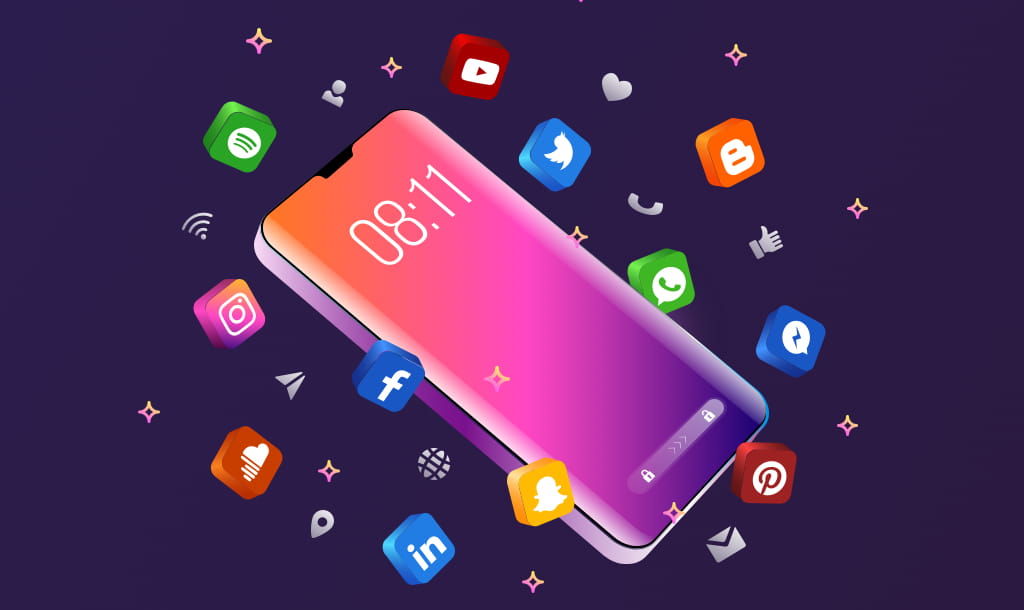 Using a smartphone seems so easy and relevant to today’s world. So much so, that even a few months old baby can open a mobile app with his fragile fingertips. However, the truth is quite the opposite. Hence, the reason why Mobile App Development is gaining popularity globally.

There’s an infinite use of coding language scripted at the backend of every app installed in your smartphone. What you see clear and usably multipurpose for our daily routines, are probably crafted with precise codes. The easy-to-handle gadget in your hands is actually a work of assembled computer geniuses.

There are numerous multifaceted languages available for corporate web design programs for a smartphone app. Each of these coding computer-generated dialects varies from each other. There are many mobile app development services available online that use computer languages in accordance with the nature of smartphone applications.

These profound computer languages are sophisticated and require specialist programmers to deliver the outcome – mobile application. Apart from machine-learning encoding, there are several tools that assist programmers in the right direction.

At the moment, there are two major smartphone platforms relevant to mobile app development services – Android (Google) and iOS (Apple). Based on these two platforms, the following are the top programming languages used to create the NEXT BIG smartphone application(s).

Probably the most famous of them all. The biggest reason for its reputation among computer programmers is that it’s easy to learn and master. It has a fixed set of rules and is precisely object-oriented. It has an open-close source code that makes it easy for programmers to get familiar with this computer language.

This is one of the reasons custom mobile app development company hires python programmers more under their roof. Besides, Python-based smartphone applications are affordable, which makes them popular among both entrepreneurs and E-commerce firms.

Furthermore, updates in the python language have added to its many-sided versatility. Now python has a comprehensive archive stacked with exclusive toolkits, has GUI support services, is effortlessly adaptable for operating systems, and ability to integrate with C and C++. Popular Python applications are YouTube, Instagram, Reddit, Spotify, Quora, and BitTorrent.

One of the most popular computer languages for writing down iOS-based smartphones applications. It has emerged as one of the most useful languages since it’s the core “coding” part of Apple’s ecosystem. Swift was created from scratch, specifically for programmers to manage the conventional iOS programming functionalities.

Swift’s spectrum is diverse owing to its utilization in the app-making process for iPhones, iPads, WatchOS, and other relatable Apple hand-held devices.

Nowadays, custom mobile app development companies specifically targeting Apple products use swift, as it is much safer than C-based languages. Moreover, it has multiple return values, it is instructed with assorted applications, protocols, and extensions. Swift language is a generic computer-based language for creating smartphone apps for wide-ranging Apple ‘iOS’ gadgets.

Known as a full-scale computer coding language, JavaScript is a multifaceted programming language. It runs solely on application objectivity and is used for increasing efficiency in a program. It’s not an exclusive mobile app language used to make functionalities for your smartphone. It requires to integration with CSS, AJAX, and HTML to enable its encrypting virtues for mobile app development.

Made exclusively by the browser giant Mozilla, Rust is an all-embracing computer language that is secure, in-program synchronized, and purposeful for adding superlative in-app maneuvers. This computer language is made to function with full-size computer systems that run within a specific programming set of rules. Its composition is relevant to C++ tethered with added security.

One of the biggest pros of Rust is its on-time rectification characteristic – you write, you edit, you move. It’s a safe track workout for programmers who want to write complex coding and create an erudite mobile app for a smartphone simultaneously.

Best for android programmers, and one of the most searched computer languages in the world. It is an object-oriented language, and simplistic to the core. This highly portable language was released by Sun Microsystems and now is under the proprietorship of Oracle.

Java offers a reciprocal track for programmers; from a browser or by using a conventional browser-less machine. It’s a highly portable robust language made with level-headed architecture.

Integrated and inspired by other computer programming languages like Effiel, Ada, Perl, and Smalltalk. Ruby is a superlative encryption object-oriented C-G dialect that comprises many-sided recompenses for programmers. It has animated features with visual features to keep programmers actively engaged.

It is quite similar to the Python language and is used to build one-to-one web applications. Ruby is used for creating data analysis systems, prototype-based programs, and other conventional business applications.

Besides, Ruby is a dynamic set of computer coding directives that has excellent supervision functionalities. It is perfect to accumulate errors, and let programmers securely maintain big data storage. The overall dynamism of this language helps articulate web-based and smartphone apps.

A revised fifth upgrade of HTML (HyperText Markup Language). This sequential programming language is best for creating web-based applications that have exclusive apps for smartphones as well. It’s not a precise language used by IT companies offering mobile app development services, rather requires a mix of JavaScript, CSS, and Python to create smartphone-based applications.

The best part about it is that it’s a multi-layered programming language used together on a different set of platforms. HTML5 is a universal mobile phone language used to create games and more. Some of the popular user-friendly tools made on HTML5 include Google Docs (Google Drive), Adobe Dreamweaver, Sencha Architect, Adobe Edge, and Microsoft Visual Studios 2010, among others.

Tips for a Custom Branding Solution for Businesses

Why SEO is Essential for Web Design

How to Make an Engaging Explainer Video?

The Role of Animation in UI/UX

How to Find the Best Custom Web Design Agency?