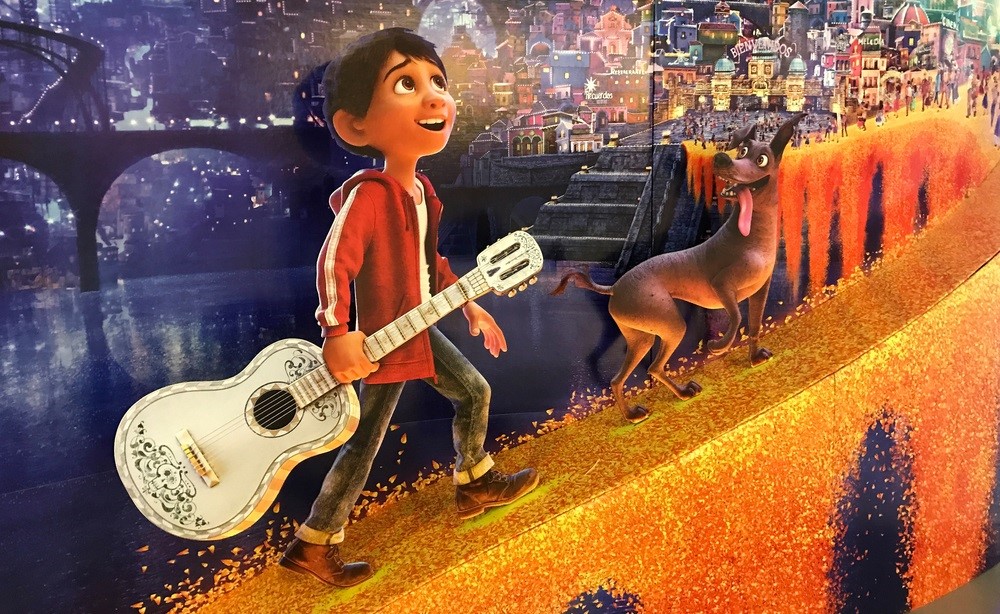 10 Movies That Used Animation Brilliantly to Portray Their Script

For teenagers of this era, animation movie is not a new concept. They have grown up watching it. But have you ever wondered how animation movies were made a few decades ago? How they are revamped with time. And especially how technological developments in animation art have made it possible for animators to create beauties.

Let us try to explain from the core of it. What is an animation explainer video? Basically, Animation art is the mechanism of photographing many drawings or, in other words, models which eventually generate an illusion of moving objects in a series.

Even after the rise of technological arts, not many individuals choose it as a profession. Our members involve a significant number of teenagers interested in animation art. For them, we have come up with another excellent blog on technology meets art.

This time our team of whiteboard animation video artists helped us enlist 10 Movies That Used Animation Brilliantly to Portray Their Script.

In our research, we came across several factors on animation movies and their scripts portrayal. Here is an explanation of how the mentioned above anime art movies worn the crown of pioneers in the crowd. We are going to elaborate further on why we have enlisted these movies. Plus, a brief description of what made these animation videos a superstar.

Whether you have seen these cinematic treats once or more, they are simply rejuvenating—cartoons – the word that once was only affiliated to children. Now we see people of all generations develop their likings towards this genre. One sign of this is how adults have begun to enjoy animation films. And they are not just those adults who grew up watching Marvel or other cartoon characters. We see the elderly taking pleasure in the same.

Tangle is special. Well, not only for us but for Walt Disney Studio as well. It was Walt Disney’s first full-length computer-animated fairytale adventure film. And we are so glad they took this risk. Let us start the list by giving a shout-out to the beloved movie; tangled. With its debut more than a decade ago, the film changed the narrative of the actual story. Skipping the gloomy backdrop we have all heard for ages. Why Tangled was appealing even after it being an identical story we have heard in our folklores for generations. We met a new Rapunzel. We were delighted to welcome the new avatar of Flynn. We loved the animated setup of Tangled, which we should a; ways be thankful for animation art. The results it brought were excellent. The feature film did a worldwide box office record of $585,574,317. One surprising fact we got to know is that some of Tangle’s characters have taken inspiration from movies like Cinderella and Pinnochio. Although we would call the examples mentioned above tragedy specials, we are still glad that animation artists succeeded in giving their characters a unique identity. It makes us believe that animation can be awe-inspiring in its own way. Yes, even if your muse is old and a little tragic. The Tangled characters are fun, funky, and flamboyant. Focus future animation artists. There is a message hidden in this fact.

If you have watched Inside Out, you might remember the movie was sectioned into two types of the world; the real world, where Eleven-year-old Riley used to live with her parents. Another was a picture presented to us of a mind. Or, in other words – mindset. The feat of Inside Out is how it presented both of the worlds beautifully. The film was inaugurated with the first day opening in 3,946 cinemas, out of which 3100 played it in 3D format. It scored $34.3 million on the first day. In the second week, it garnered $90.4 million while being the second in a row.

How this movie took over the world? Frozen from Walt Disney Animation Studios was one movie that created a stir in 2013. It stayed in the top 10 for 16 weeks in a row which is an achievement on its own. Masses were enchanted by the magical world shown in the film. It recorded $1.280 billion worth of earnings in the worldwide box office. It was a movie that equally allured spectators of each age group. It hoarded $400 million on the domestic billboards. This cinematic treat used animation art exceptionally to convey the script. In addition to this, the motion picture earned $870 million globally and a total of $1.27 billion.

2020 was the year we all mourned globally due to Covid-19. But we are thankful to it for giving us animation movie lovers one thing; Onwards. Onwards in the most exact words, was a theatrical treat. The story was so genuine. But only a good animation art representation had the knack of turning it into a masterpiece. Onwards scored a total of 4.5 out of 5 in the overall audience rating summary. In rotten tomatoes, it gained 88% in Tomatometer and 95% in audience score. If you have watched it yet. Go ahead and watch it. The bromance of Ian and Barley will melt your heart, and you would not want the movie to end.

It had a domestic share of 33.9%. In all honesty, Zootopia is a storyline close to our hearts. Those who understood it with its message know it talked about inter-communal harmony. Animals became communities, and a strong plot guided us throughout the journey of the movie. Zootopia garnered positive critics’ reviews for its subject along with animation and screenplay. After making the big-screen entertainment in $150000000, it made the amount of $75,063,401 in the opening weekend.

The story surrounding minions and a handful of human characters used influential animation art. What was the conclusion? They changed the concept of a particular age group liking the animation art creatures. Now, let us start the film score and statistics with a cute one. Have you ever thought about how many minions overall are there in the minion nation? Take your chance in guessing! Well, there are more than a thousand minions that have been detected throughout their ads and movies. No one could have thought some cute yellow balls-like creature would become the heartthrob of so many people. Following the fame, the minions’ team has been given a total of $291,950,558 as revenue. If you ever think a small thing cannot make it big, play Despicable Me and start watching minions.

Can you believe Marvel Big Hero 6 characters stayed inside the pages for ten long years before turning into a movie?

So, what does our whiteboard animation video team say? What one art lesson they learned from this feature film? Our team stated they had realized something exceptional with Big Hero 6. If you wisely use animation art, you can surely touch the emotional cords in all living beings. Regardless of it is an animation movie. I learned this lesson with Big Hero 6. Big Hero 6 revolved around the story of Hiro Hamada. Hence, it created a coming-of-age lookalike world from two real-life regions. The unprecedented narrative compiled a total of $427,129,579 in the international box office. The worldwide box office earnings were $649,657,407 in total. And top of that, the fans are still impatiently waiting for the Big Hero 7.

The American cinematic present to the world in 2019 was none other than Spies in disguise. After getting completed in a budget of %100 million; It seamlessly scored a total of $171.6 million. Remember how we looked up to different personalities from the beginning. Well, the creators of the movie were inspired by pigeons. Hence, we meet the two impossibly different characters from their respective conducts. And no wonder the exceptional entries of pigeons in such a unique way. Spies in disguise is a laugh-out-loud delicacy given to us. If you are an animation video art lover, you cannot say no to it. Animation artistry and good script go hand in hand. Spies in disguise creators team understood it well.

This one has achieved an Oscar award for being the best animated movie. And we cannot hide our joy in how we loved thus Pixar and Disney collaboration. Coco is a Mexican-themed animation movie. The picture specified music as one vital characteristic of the script. It narrated our close-knit family bound with some strict rules. In addition to leaving cinema goers teary-eyed, Coco also managed to score $800.5 million in the box office. Like Inside Out, the film was also parted into two worlds utterly different from each other. The world of living beings and the world of the dead. The movie specifically did great with colors – an integral part of Mexican culture. The feature film tickets selling brought $209.72 million in North America alone.

Although this one is not as highly rated and talked over in our circle, we decided to add this one to our list of movies that made use of animation in the best possible way to illustrate their storylines. Animation and script are closely connected. Thus, one cannot succeed without the help of others. The spotlight of the writing is Ferdinand. The narrative revolved around the hardships of the innocent bull when it separated in an attempt to make him a fighter bull. After its theatrical performance, it attained an estimated domestic DVD sale of $17,165,597. An estimated Blu-ray sales of $15,487,940 and including this a total estimated domestic video sales worth of $32,653,537.

One important tip for our animation explainer video makers is to use animation art artistically according to the requirement of the project.

Only a few movies are able to surface up in the crowd of animation art videos and movies. One may think, why is that? We can say that sometimes the script is not strong enough, but another undeniable fact is the use of animation. Not many people who hire video animators online consider this factor. We will end the blog by outlining some factors one needs to consider while making an animation explainer video:

Animation has become a key and integral part of movies now. The era of 2D is almost gone. The producers are focusing on how to convert real heroes into 3D animation designs.

Tips for a Custom Branding Solution for Businesses

Why SEO is Essential for Web Design

How to Make an Engaging Explainer Video?

The Role of Animation in UI/UX

How to Find the Best Custom Web Design Agency?